In June 1963 in US media,[22] Honda began the 12-year-long advertising campaign “You meet the nicest people on a Honda”, created by Grey Advertising.[23] Grey had bought the idea from a UCLA undergraduate student, who had created the concept for a class assignment.[24] The event marked the beginning of the decline of domestic and British motorcycle brands in the US market, and the rise of Honda and the other Japanese companies.[25][26][27] In December 1965, Edward Turner said the sale of small Japanese motorcycles was good for BSA, by attracting new riders who would graduate to larger machines, not anticipating that the Japanese would advance over the next 5 years to directly threaten British bikes with technically sophisticated models such as the Honda CB750, and the Kawasaki Z1.[28][13]As a case study in business and marketing, the campaign is still remembered half a century later, with one strategic management textbook saying, “Honda and the Supercub is probably the best known and most debated case in business strategy.”[29][30] It was credited with having “invented the concept of lifestyle marketing.”[14]

Specific elements of the Super Cub’s design were integral to the campaign, such as the enclosed chain that kept chain lubricant from being flung on the rider’s clothing, and the leg shield that similarly blocked road debris and hid the engine, and the convenience of the semi-automatic transmission. Presenting the Super Cub as a consumer appliance[11] not requiring mechanical aptitude and an identity change into “a motorcyclist”, or worse, “a biker”, differentiated Honda’s offering, because, “the dedication required to maintain bikes of that era limited ownership to a relatively small demographic, often regarded as young men known for their black leather jackets and snarling demeanors.”[31]
https://en.wikipedia.org/wiki/Honda_Super_Cub

Leave your thought Click here to cancel the reply 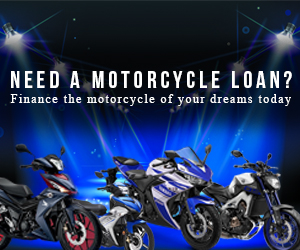